Originally published in Karaoke & DJ USA #27, our final issue. It’s just an example of the many tools the magazine provided for working professionals and the industry as a whole.

AMBIENT DUB
Just like how it reads, Ambient Dub combines the chilled harmonies and melodies of Ambient with the reggae basslines, echo and reverb of Dub music.

BACKSPINNING
A Di technique for manually rotating a record on a turntable backwards until the desired starting point is reached.

BEAT JUGGLING
Manipulating a record while it is playing on a turntable so as to create a new rhythm pattern.

BREAKBEAT
A term originating in the New York hip hop community of the 1970’s by DJs Kool Herc, Afrika Bambaataa, Grandmaster Flash and Grand Wizard Theodore. “Break” is the instrumental section of a record in-between vocal verses, also known as the “bridge.” A “Breakbeat,” thus, is a record with a particularly funky break, such as James Brown’s “Give It do Or Turn It Loose,“ Billy Squier’s “Big Beat,” or Billy Cobham’s “Stratus.” The term breakbeat is also used to denote the original source of a sample.

BONGO BEAT
A record with a break section containing prominent African or Latin percussion. Particularly desired by Hip Hop MCs in the late 70’s, as it was thought that bongo beats has a positive effect on the dance crowd.

CRAB SCRATCH
A rapid scratching pattern invented by DJ O-Bert. Named for the side-to-side movement of the fingers, which resembles a crab’s method of locomotion.

CROSSFADER
A switch on a stereo multi-channel mixer allowing the DJ to pan from one program source to another. See also Scratching, Cutting, Transforming.

CUTTING
A DJ technique invented by Grandmaster Flash for repeating a short phrase into program mode on the mixer via the cross-fader switch while another record is playing. The resulting sound is similar to that of something being cut, hence the name.

CLUB
Electronic music that is generally played by DJs in nightclubs and discotheques. May include a wide range of sonic reference points, from R&B Funk to House to Hip Hop to Rock. The basic rule for this genre “It has a good beat, and you can dance to it.“

DIBI
Dibi means “small” or “little” in Jamaican patois. Used to refer to a sound system with insufficient power by Jamaican DJs.

DISCO
A nightclub, or discotheque. Also refers to 70’s electronic music, typified by the Bee Gees and Donna Summer.

DIVA
A female singer specializing in House and Club music.

DRAG
A turntablist technique incorporating a slow quarter-turn “drag” of the record on the turntable, creating a distinct sound effect.

DUB
Instrumental Jamaican reggae dating back to the early 1970’s. Historically, a “dub” is the B-side or “version” of a 7” single, remixed with additional sound effects, such as echo and reverse. Original dub engineers such as King Tubby, Scientist and Lee “Scratch” Perry refined their studio techniques, often with only a two-track reel to reel to record on, essentially creating a musical genre out of what was once wasted space. With the addition of samplers, sequencers, and drum machines, dub has recently been discovered by an entirely new audience, primarily in the United States and England, who have used it as the foundation for new music such as jungle and trip hop.

ELECTRO-FUNK
Also known as Techno~Funk, this genre is typified by Afrika Bambaataa & Soul Sonic Force’s 1982 hit “Planet Rock.” Characterized by computer/space themes, high BPMs, and prominent use of synthesizers. May or may not include rappers.

FREESTYLE
Also known as Latin Hip Hop, this form of electronic dance music borrows from Techno-Funk and House. Differs from Hi-NRG in that it has prominent Latin influences. Most Freestyle includes a female singer (although there have been male freestyle acts like Stevie B), often with just a first name, on vocals, and clocks in the 120-130 BPM range.

FUNK
R&B-derivative also incorporating elements of Jazz and Rock which became popular during the 1970’s. Typified by prominent basslines and frantic dance groove.

FUSION
Combination of two musical elements. Most often referred to in the case of Rock and Jazz hybrids.

INSTRUMENTAL
A record with no vocals or a limited vocal track on it. See also Dub.

JAM
A good song, as in “That’s the jam.” Also means a party, function, or event.

RAVE
An indoor or outdoor all-night gathering of young people where electronic dance music is played.

REMIX
A reengineered version of a previously-released song.

RIDDIM
A Jamaican term referring to a song’s beat and basic melody. Because of the lack of copyright laws in Jamaica, some riddims have been released with as many as 100 different vocal versions. Some of the more famous riddims include “Joyride,” “Tempo,” “Stalag 17,” “The Stop- per,” “Arab,” “Pepperseed,” and “Dugu Dugu.”

SELECTOR
A Jamaican disc jockey or sound system operator. Because Jamaican rap was heavily influenced by American Black Radio DJs in the 1950’s, Jamaican MCs are called We and DJs are-called “Selectors” or “Operators.”

SCRATCHING
A rhythmic percussive effect created with a turntable by moving the record back and forth on an active program source. When the needle traces a sound source, the result sounds like a “scratch.” Invented by Grand Wizard Theordore in the 70s and refined by countless others since then.

TECHNO
The name given to House-derived electronic High BPM music with little or no vocals.

TEMPO
The rate of a record, usually measured in BPMs, or Beats-Per-Minute.

TRANSFORMING
Creating a rhythmic pattern by juggling either the crossfader or the line switch on a mixer rapidly. This is considered an advanced form of scratching.

TURNTABLIST
A musician who uses turntables as his instrument.

UPTEMPO
Music above 110 BPMs, generally considered easier to dance to.

WORLD MUSIC
Music from places other than Europe and America. 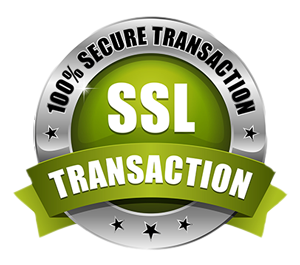